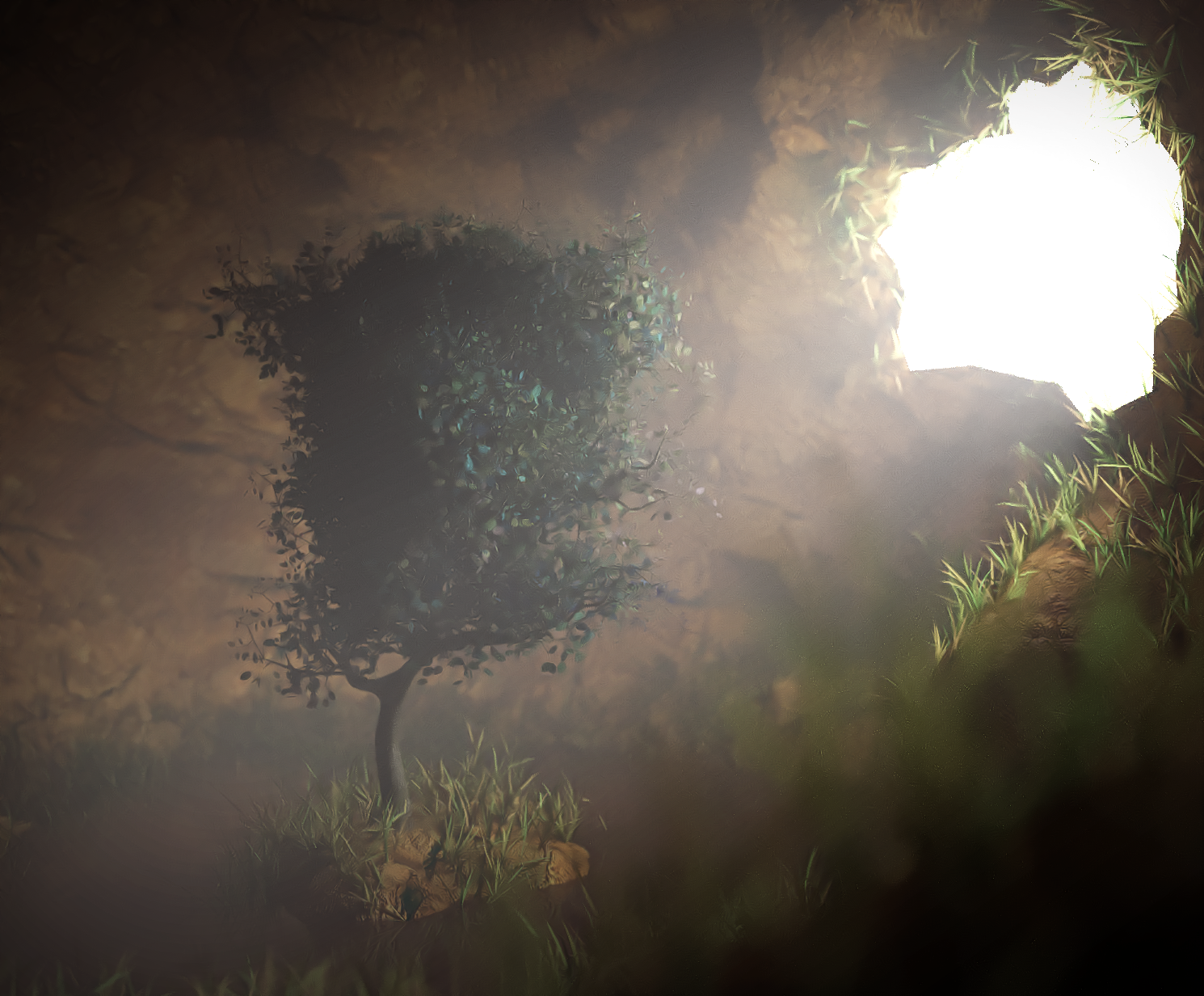 Biology is a curious thing.  How does a seed, a tiny little cluster of cells with no eyes or brain or neurons or central control, know which way to grow?

The answer comes down to gravity, and light.

The seed on the ground felt the touch of water, enough water to launch its cells into an explosion of action and motion.  This was the signal for which it had waited, enduring dryness and the tumbling external forces that eventually brought it to its resting place.

The cells grew, pushing out beyond their walls, building copies, subdividing in a flurry of growth and replication.  Proteins spun through cytoplasm in a complex dance, uniting and binding with others, and then tearing away once their function had been completed.  DNA spiraled out, unwinding, duplicating, and then recoiling back up like a spring.

The seed’s hard shell cracked, and a root – thin, pale, fragile, exposed – came snaking out.  It searched, quested, found the soil.  It burrowed in, drinking in the water all around it, soaking up that moisture and converting it into more fuel to push itself deeper.

And on the opposite side of the seed, opposite the emergence of the root, a thin little branch emerged, barely even able to support its own weight.

Once exposed from their prison inside the seed, the cells spread out, unfurling, questing for light.  Inside each little cell, dozens of green factories – the chloroplasts – floated, waiting to absorb that dazzling radiance and convert it into food.  The plant didn’t think, didn’t know anything – but those cells ran a desperate race against their dwindling supply of food.

If the supply of food, of high-energy ATP molecules failed, they would have no other options.  They’d die, and the whole organism would die along with them as it starved.

But no – there, light!  The light wasn’t strong, not direct sunlight, but it was enough.  The cells most exposed to the light leapt into a flurry of joyful production, pumping out food to fuel the growth of the rest of the organism.  They worked as a community, creating far more ATP than they needed, exporting the rest to feed their brothers and sisters.

The plant responded to these most productive of its cells, and the entire structure began to shift.  The plant angled itself, growing faster on the side away from the light, angling itself to reach all that it could.  It had to capture as much light as possible, needed all that food!

Eventually, the initial rapid burst of growth slowed.  The cells that had one split joyously in wild abandon, as fast as they could manage, now proceeded at a slower, more stately rate.  The husk of the seed, no longer needed for protection, fell away.  Its remains would break down, eventually reabsorbed by the plant itself.

The plant didn’t know this, of course.  All it knew was that it had light and water, enough to make food.  Enough to exist.

Its stalk thickened, grew out in concentric rings to add more structure and support.  Ridges formed from slight unevenness in the cells’ walls, and the external proteins stiffened, creating defensive bark, a skin beneath which the living cells of the plant flowed and swarmed, passing nutrients up and down.  They sent water up to the leaves, and brought down synthesized ATP, food to feed the growing roots.

At the base, the root sank deeper, providing support, and split off to grow in new directions.  It had to stabilize its brothers above, and it fought for every inch against the hard ground, the rocks and other impenetrable items in amid the soil.  Sometimes, its path was stymied, but it always found a way around, chasing after that water.

At the top of the tree, leaves exploded out, each a separate factory to create more energy, to support itself and its surrounding fellows.  They angled towards that precious light, drinking it in.  Each leaf enjoyed its time at the tip of a branch, but the branch eventually moved past it, leaving it as just a side extension.

No leaf complained about this shift in its fate.  They were all a part of the whole, all feeding the greater organism.

Time passed.  The tree measured the passing time, in the rings on its trunk and the growth of its cells, but it didn’t know the meaning of these changes.  It only knew the beauty of growth, the symphony of healthy cells.

Did the tree know that it was alone, away from its brothers and sisters, the sole survivor in this cave, where only happenstance allowed it to grow?  Likely not, even as much as plants understand things.

Besides, the tree would not be alone much longer.  By now, it had enough energy built up, strong enough reserves, to begin the final stage of its life.  It would create seeds, tiny little copies of its own cells, with instructions to go forth, to spread wide, and seek two things:

The tree was alone, yes, but it would not be alone forever – and what is time, to a tree?